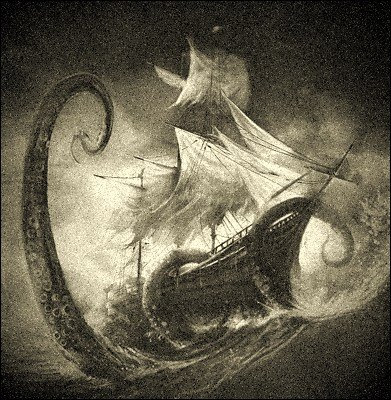 There have been a lot of issues bouncing back and forth on the Internet these past few years. Net neutrality, the RIAA’s witch-hunting, and other things like it are examples of industry and government clashing with society. But for the most part, I have never been directly impacted in any way by technological policies. That all changed a few days ago when I heard about the takedown of TCNJ’s DC++ Hub, a networked system that primarily existed for the purpose of sharing files. I was never a heavy user of DC, but I will admit that it was a convenient to put together a movie night with friends or find “that one song you just heard”. Did my actions injure the movie and music industry? Probably not. But was it legal? Again, probably not.

I will not try to defend DC++, nor will I try to justify its use. But what I do think merits pointing out is the changing nature of entertainment and the internet. One of the most popular things to get off “The Hub” was music. It also happens to be one of the industries that’s facing changes down the road. When people have free access to something, unless there’s a moral objection, it is hard to not choose that option. With the introduction of the Internet, people became used to the idea of having content readily available. There are so many services available for free. You can find a video (and music) for free on Youtube, you can get up to the minute information on one of thousands of news sites, and a virtual encyclopedia at your fingertips. Getting some music off DC hardly seems like a criminal offense.

But the problem is deeper than that. I believe piracy of intellectual property and software goes deeper than people being cheap and stingy. It lies in the fact that companies, labels, and industries aren’t delivering what the people want, and what they have come to take for granted. Take television for example, when people’s only option for catching old episodes of their favorite series was buying a season DVD, or holding out for a rerun, piracy becomes quite the appealing option. But with the introduction of video streaming, and networks embracing distribution channels like Hulu, people have another option now. One that’s relatively painless, too.

The New Jersey student who ran the Direct Connect hub said students are grabbing fewer TV shows than in the past. Now they can get some shows, free, on the Web sites of TV networks.

The same can be said for the music industry. When options like iTunes and Amazon came out for buying music, especially track by track, it is no surprise that album sales fell like rocks. It was an easy method of purchasing content instantly and economically. And then you also have internet radio/music discovery services (Pandora, Grooveshark, Last.fm, etc).

The same can be said of video games. When you fail to offer compelling features at reasonable prices, or you punish  the buyer, it is only natural for people to pirate. I’ve actually recently bought several games *gasp* because i felt that the price was reasonable and the game worth the money (L4D2 and BF:BC2 for $25 each).

The same can be said of XM Radio’s failure. Why would people pay when they have free radio, or music on the ubiquitous MP3 player at their disposal?

The same can be said of several high-profile subscription services (*coughNewspaperscough*).

The same can be said of Blockbuster. It got OWNED in the realm of content delivery. Now it’s playing catch up with the rest of the industry… if it doesn’t die first.

Is there a pattern here? Yes. It’s the industry failing to appeal to the public, and the public is speaking with their wallets. Piracy won’t end when the government closes every single loophole and forces everyone to play by the oppressive rules of the industry. Piracy will end when the people are satisfied by what they are offered.