At risk of sounding like a lifehacker.com robot, I recently tried achieving a modified bokeh effect using my new-old prime lens. It was a simple 15 minute arts and crafts project that I had tried many months ago with a kit 18-55 lens (utter failure) but I thought I’d give it a second try.

Bokeh, to quote lifehacker, “is an anglicized version of a Japanese word used to describe the portion of a photograph that is out of focus behind the area of principal focus in a picture. When you see a portrait that has a creamy soft background and a nice crisp focus on the person being photographed, you are seeing bokeh. The shape of the highlights—sometimes round, hexagonal or other geometric shapes—is determined by the shape of the aperture in the lens.” 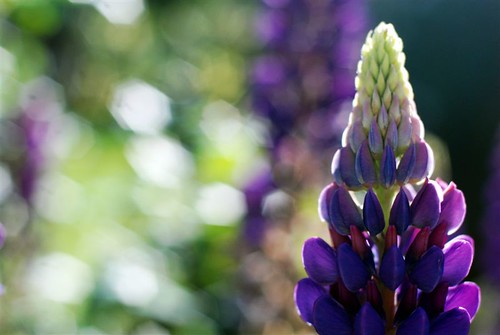 To do this, you have to make your bokeh filter smaller than the actual aperture or your lens. That way the filter will be the one determining how the light is allowed to pass through the lens. This is also why you need a prime lens, otherwise if you tried this trick on a regular camera, you would need a pinhole sized filter on the front of your lens to shape the bokeh. In all cases however, you are reducing the effective aperture of the camera, so expect low light photography to be obnoxious without a tripod or higher ISO. Unless you’ve got one of the drool-worthy 7D, D7000, or K-5’s.

I used paper, some people use cardstock. The most important thing is to make sure no light gets through. Prodigious use of permanent marker may help. I chose a heart for 2 reasons: 1, bigger object = larger effective aperture; 2, it’s relevant to February (14th). After affixing it to my camera with scotch tape, it was time to test. I needed a field of point light sources so I turned to my computer.

By using a black canvas with randomly placed white dots, I simulated a sporadically lit background. As you can see above (figure 3, in the engineering parlance…), it works fairly well. I just needed to apply this practically in a photo, using real light sources. It’s one thing to simulate it on a computer screen, but it’s too easy for people to brush that off as fake.

After trashing my desk, and using a book-light to brighten up the background, I took this picture (and a few others). It works pretty well, though I ended up shooting at ~1/15 shutter handheld. I personally look forward to using it in daylight. If you have a prime lens, I highly recommend trying this out. It’s easy and the results are pretty cool. If you can manage a star effect, that would be awesome. Send me a pic if that works. I would suggest shooting without a lens filter though, if your bokeh mask isn’t 100% opaque and pitch black. Otherwise, you might get some reflections between the mask and filter that bleed into your picture. Happy shooting.