Dec 3 (D3) was declared 3D Printing Day by GE, and in celebration they printed out a bunch of items people could “wish for” on Twitter. The goal was to get people interested in 3D printing and to show off what consumer-grade printers could do. GE partnered with Makerbot and 3DSystems for this event and churned out probably thousands of trinkets ranging from cute charms to iPhone speaker amplifiers. 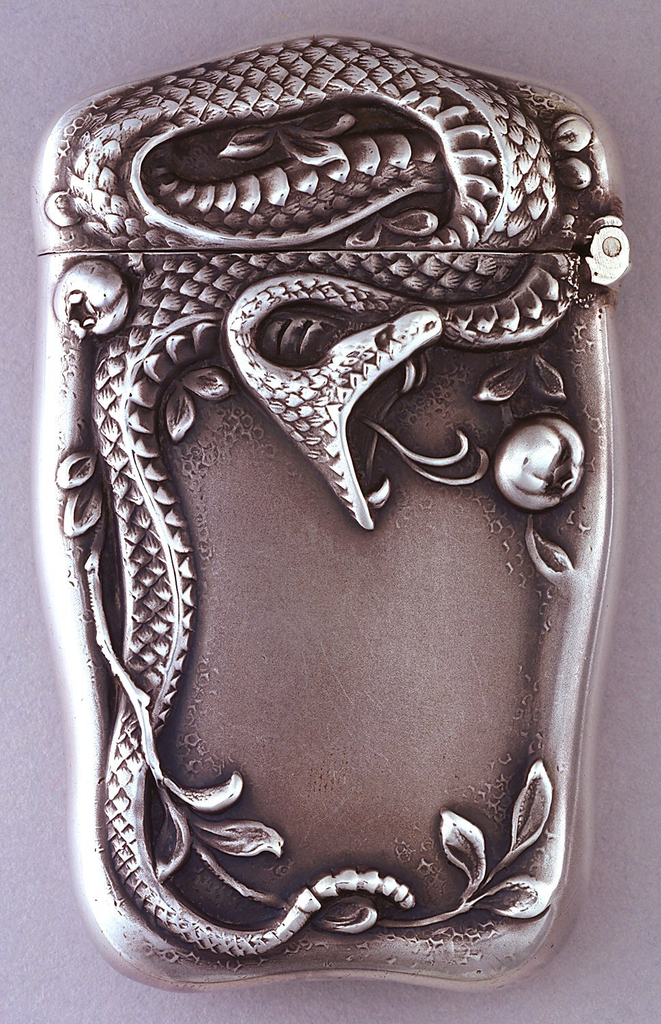 What I picked was an intricate matchcase based on a real matchcase ca. 1900 rather straightforwardly titled “Serpent and Fruit”. The original is in possession of the Smithsonian (Hewitt Cooper National Design Museum collection) and in storage. I chose this particular design because I wanted to see just how detailed the latest printers could get.

GE posted a link to the build timelapse, and from it you can see that this was created on a Makerbot Replicator 2(X?). The final product looks like… *drumroll please*:

You can see some small gaps in the ABS shell, but the level of detail is pretty impressive. We’re still quite far from consumers being able to automagically whip up working household replacement parts like shower heads, but little toys and paperweights are well within reach. In a few more years I can see light-curing resin printing coming down in price (assuming Stratasys doesn’t sue smaller companies out of competition), and that would be a game-changer.

In the mean time, thank you @generalelectric for the little gift, and let’s all keep Making.